AI On-site: How Artificial Intelligence is being used to Improve Health and Safety in Mining

Historically speaking, mining has been seen as one of the more hazardous industries to work in. This is on account of the fact that working with heavy, powerful machinery in difficult environments has an inherent level of danger attached to it. 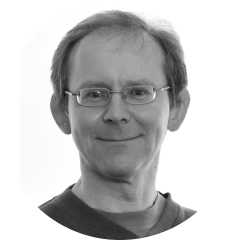 When accidents do occur, the conditions and nature of mining mean they can be of quite a severe degree. However, the dangers and hazards involved can be mitigated and decreased, and AI is emerging as a key way to do this.

Great strides have been made in increasing the health and safety standards of the mining industry since its beginnings, and the industry is arguably the safest it has ever been. The number of accidents has been declining year-on-year, with both the US and South Africa recording their best years for safety in 2019. However, there is still room for improvement, and even a single fatality is too many. There are a number of ways in which AI is helping to reduce accidents and to make the industry even safer.

One of the most significant ways in which AI has improved the health and safety of mining is by tackling driver drowsiness and fatigue. Drowsiness is one of the biggest causes of mining accidents, the main reason being that it is you often don’t notice you are tired and fatigued until it is too late. You can be fine one moment, and then the next you can unexpectedly drop into sleep. In order to stop this happening to the miners in its Chilean copper mine, BHP implemented the use of smart caps. These caps analyse the brainwaves of the mining vehicle drivers, alerting them as soon as their brainwaves revealed they were on the verge of falling asleep. This technology eliminates costly and dangerous accidents caused by drowsiness, and is so effective that BHP rolled it out to more than 150 of its trucks.

Another less direct but no less important application of AI will be in the real-time monitoring of machines and analysis of data, using machine learning. New mining technology already has real-time monitoring sensors and data gathering capabilities, but the data is at present not being utilised. When a piece of machinery is on the verge of failure, it exhibits various signs, such as vibration, overhearing, loss of power and so on. Machine learning can process and understand this data in real-time, using it to predict when a machine is about to fail and to stop it operating before it does so. The resulting effect will be to eliminate catastrophic machine failures, which will not only help alleviate the costs of repair, but remove the safety risks that often accompany major machine malfunctions. According to Trolex, this type of machine learning is the future of the mining industry.

In addition to monitoring mining equipment to detect equipment malfunctions, sensors can also be used to monitor the surrounding environment for potential hazards. Geotechnical sensors and systems can monitor seismic activity and analyse seismic reports. This data can then be used to make more informed decisions surrounding activities such as drilling and blasting. As with much data analysis, this task could be undertaken by humans, but AI is able to analyse more data, faster, and to do it in real-time. This makes the application of AI in these scenarios a great prospect for further increasing the safety of mining.

Other ways in which AI is helping to improve health and safety is by removing the human element from hazardous and dangerous environments. For example, using drone technology to conduct site and construction surveillance not only saves on the costs of sending manned craft to these locations, but also keeps employees out of potentially dangerous environments. Inspections of equipment and blast sites can also be made using drones, again taking humans out of risky situations. By using these methods, BHP is saving in the region of $5 million per year, making it both cost-effective and safer.

In addition to drones, other kinds of autonomous vehicles and machinery can also be used to improve safety and mitigate risk. Autonomous vehicles can be used to explore and mine in terrain that would otherwise be too dangerous for humans. Unmanned vehicles can also be used for the drilling, blasting, hauling and loading parts of the mineral extraction and transportation process. This eliminates the risks associated with human operation of this machinery, and removes people from potentially dangerous situations.

Looking to the future, augmented reality (AR) and virtual reality (VR) offer further potential for AI to improve the safety of mining. For example, VR technology is being used by students in the Kumba Virtual Reality Centre at the University of Pretoria in South Africa. A 3D stereoscopic theatre and 360 degree cylinder theatre give students the ability to fully immerse themselves in authentic simulated mining scenarios, providing valuable learning experiences and preparation before stepping into real mines. AR is already being used in the mining industry and its usage will increase further. Germany’s RAG are using the EMIMSAR AR system to monitor its mining equipment, with the data being generated in real-time and fed into the system to enable workers to understand more clearly what they are dealing with. The applications for AR are continuing to grow, and the technology will become ever more prevalent in industry.

As we can see with many of the use cases for AI in mining, there is a shift taking mining from being a people-oriented industry to being a more process-oriented industry. AI is being used to improve numerous processes and to decrease the risks posed to people, making the industry a safer place for workers across the board.