Is Industry 4.0 the answer to mining’s safety problems?

As the metals and mining industry strives to eliminate injuries and fatalities, digital solutions alone may not be enough to reach zero harm. GOARC Co-Founder and COO Haim Srur tells us why companies may also have to re-examine the way they measure risk, and how Industry 4.0 can help. 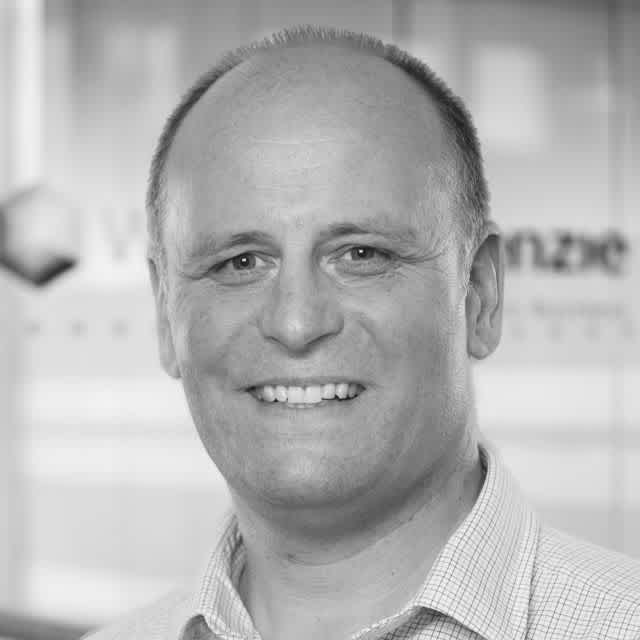 The global metals and mining community has great expectations for the future of safety. Amidst a campaign by the International Council on Metals and Mining to achieve zero harm, the industry is striving to completely eliminate workplace deaths and injuries. This effort, in tandem with the increasing digitalisation of mining operations, is fuelling demand for safety strategies that leverage cutting-edge technology to monitor and protect workers.

But will new tools alone do enough to help the industry achieve zero harm? Despite the increasing digitalisation of plant safety, total injuries have risen slightly over the past three years. The stakes are higher and the technology is more advanced, so why aren’t companies achieving their ambitions?

Turning tradition on its head

Haim Srur may have the answer. As the Co-Founder and COO of GOARC, a SaaS company that leverages smart technology to create expansive safety networks, Srur has first-hand experience with the digitalisation of a variety of high-risk industries.

While these sectors have adopted new technology to improve operations, he says, their underlying approach to health and safety has largely stayed the same. Departments such as integrity and occupational safety remain siloed from another, and they rely on old-fashioned, repetitive measures to predict accidents and halt activity whenever significant risk is present.

Industry 4.0 offers companies the opportunity to fundamentally transform traditional ideas of risk. The concept refers to the automation of traditional industrial techniques through industrial internet of things (IIoT) sensors and smart technology. The goal is to turn factories and plants into what Srur calls “data-driven facilities,” and while these advances have had a major impact on efficiency, they also carry the potential to revolutionise the way industrial companies measure and foresee risk.

Some practices are not risks by themselves, but when connected with another variable, they become risky

In this instance, GOARC has led by example. It developed its networks using a framework called Safety 4.0, which predicts risk based on the dynamic interaction of a series of variables. These variables can interact with their environments in unexpected ways that traditional safety and compliance methods like hazard surveys often can’t foresee.

“Some practices are not risks by themselves, but when connected with another variable, they become risky,” Srur explains. “For example, a pipe’s temperature may be at the norm in a refinery, but that becomes dangerous when a worker starts welding in front of a leaky valve. Our solution can understand the risk posed by the combination of these three factors and prevent it.”

Siloed departments and predictive safety measures are inadequate for managing this type of risk, but Industry 4.0 makes it possible for industries like metals and mining to adapt. Many companies already collect massive amounts of environmental data through IIoT devices on personal protective equipment (PPE) and heavy machinery alike, but networks like GOARC can aggregate it in one place and normalise it, collapsing the boundaries between departments in the process. As it aggregates this information, the platform analyses risk factors on a millisecond-by-millisecond basis, allowing companies to assess their environments and predict threats in bold new ways.

“Based on our machine learning engines, [GOARC] can identify risks that, in the past, couldn’t be identified,” Srur says. “You couldn’t collect the data, you didn’t have the capabilities to identify the risk, and you definitely couldn’t alert someone in real-time to mitigate the risk."

Instantaneous response is crucial to Industry 4.0’s potential safety applications. By measuring risk in real time, solutions like GOARC help metals and mining companies mitigate threats in real time, too. In the past, this would have involved costly work stoppages, but because workers and their equipment are all plugged into a centralised network, they receive alerts the moment danger emerges. Workers can then take action and adjust their behaviour, preventing emergencies and eliminating the need to pause operations.

Real-time capabilities become all the more important when safety risks escalate into serious emergencies. Large vehicles serve as a particularly instructive example; collisions with workers are both difficult to predict and extremely dangerous. According to an ICMM report, mobile equipment and transportation was the second highest cause of plant fatalities in 2019. Interconnected networks can help prevent these accidents by normalising and analysing data from IoT sensors in both vehicles and workers’ PPE. When machinery comes too close to a human in an environment, the solution can shut it down in real-time, averting a potential collision.

The potential of Industry 4.0

Industry 4.0 holds great promise for the metals and mining industry, but Srur notes that the technology is already having a profound effect on everyday operations. Take safety walks, for example. While these inspections already rely on a host of digital technology, solutions like GOARC go further than simply analysing employees’ reports. They also aggregate external data from IoT sensors and analyse it in real-time, providing a more comprehensive picture of a plant’s activities.

By allowing users to capture site details through a mobile device, GOARC leverages technology to capture information in a more accurate and comprehensible way

By identifying potential risks and giving workers a greater awareness of their environments, these solutions can help them prevent potential incidents. Srur says that GOARC can increase leading risk indicators by 250 percent, which ultimately helps reduce work incidents by an average of more than 50 percent over the first year of installation.

The key to that success lies in GOARC’s ability to compile and prioritise disparate strands of data in a way that gives superintendents and HSE officers a greater understanding of a site as a whole. Consider the platform’s Permit to Work (PTW) module. Previously, PTW applications captured a snapshot of a particular area at a particular time. If the worker filing the application was unaware of prior incidents or hazards, their PTW application wouldn't reflect these risk factors. This method was also incapable of predicting risks that could arise from workers interacting with machines, separately reported hazards, conflicting workers or even one another.

While Industry 4.0 offers plenty of safety benefits, it will only reach its full potential in metals and mining as the industry continues to digitalise its operations

GOARC’s PTW module addresses these deficits by giving superintendents and HSE officers a more in-depth view of a site’s potential dangers before they approve a work order. Aggregating data from hazard reports and safety walks, the feature enables users to factor in all risks from across different time periods or categories. While a traditional PTW application would not be able to spot someone painting in an area where another worker is welding, for example, GOARC can identify that hazard and prevent it from happening.

The PTW module doesn’t just digitalise safety processes, though – it reworks them, making them more robust, user-friendly and efficient in the process. By allowing users to capture site details through a mobile device, GOARC leverages technology to capture information in a more accurate and comprehensible way, giving superintendents and HSE officers a more holistic view of the risks their workers face. That visibility has a huge impact on companies’ efficiency – GOARC has reduced approval time by a minimum of 50 percent, and in some cases, up to 75 percent.

“[The PTW module] substantially cut the amount of time that employees needed to wait for a permit to be issued,” says Srur. “That reduced waiting time for work to start, and increased the economic performance of the company significantly.”

While Industry 4.0 offers plenty of safety benefits, it will only reach its full potential in metals and mining as the industry continues to digitalise its operations. Srur says that COVID-19 has served as a catalyst in this regard; companies are simultaneously seeking to update their solutions and protect workers from the health and safety risks that the pandemic poses. Plenty of barriers, such as poor underground wi-fi signals, will continue to impede digitalisation efforts, but by overcoming these obstacles, companies can make substantial progress in creating a dependable safety environment for their workers.

A generation of field workers is leaving the industry. FYLD CEO Shelley Copsey believes safety technology will be key to attracting their replacements.

Even seasoned workers can make mistakes that compromise their safety, but new technology can help alleviate these risks. Everguard CEO Sandeep Pandya explains.